Given how close Indonesia is to Australia, it's no surprise that it's such a popular holiday destination for Aussies. However, despite the geographical proximity of the two countries, they pose very different levels of public health risk to travellers. Here are 6 mosquito-transmitted illnesses you need to be aware of, and 5 tips on how to avoid getting infected by a bite.

Chikungunya is a viral disease which causes severe pain in the joints and muscles, a sudden fever within a week of being bitten. Chikungunya has no vaccine or preventive medication, but it usually lasts no more than a week or two and is rarely fatal.

Dengue is a viral illness which also causes pain, fever, and headache; additionally, it is known to cause nausea and vomiting. Symptoms usually appear within 2 weeks and disappear after 1 week. In more severe cases (known as dengue hemorrhagic fever), complications include severe bleeding and death. There is currently no available vaccination for dengue, which is most commonly found in Southeast Asia.

Unlike the two diseases above, Japanese encephalitis (a brain-attacking virus) is an illness with a vaccine available. However, Japanese encephalitis also has no cure; the only treatments available are those which help the body fight off the infection. Those infected are often asymptomatic or only have flu-like symptoms, but a small percentage will develop seizures, paralysis, and high fever, which can lead to death or brain damage.

Malaria, one of the most well-known mosquito-transmitted illnesses, is also found in Indonesia (though those travelling to cities and resorts such as Bali and Jakarta are at very low risk). Luckily, malaria also has a vaccine available. Symptoms (including fever, vomiting, diarrhoea, headaches, chills, and pain) are usually seen within 1 to 3 weeks in most cases, but can take over a year to present. If left untreated, Malaria can cause anemia, brain damage, and death.

Yellow fever is a potentially serious illness which causes fever, pain, headache, and vomiting within a week of infection. While many recover from this illness in less than a week, a small amount of people will develop kidney failure and severe bleeding, and many of those with severe symptoms will die. Luckily, yellow fever has a vaccine, so fatalities are rare in travellers.

Zika virus (also known as ZIKV) has recently become popular due to its effects on pregnant women. While it's generally harmless to the majority of the population, Zika can cause babies to be born with microcephaly. The virus affects both those who are already pregnant, and those who become pregnant within 6 months. Indonesia is one of the known areas where this virus is present, and there is no vaccine available at this time.

How to Avoid These Illnesses

As soon as you know you will be travelling to Indonesia, consult your travel doctor about what vaccinations are available and when you should receive them. It's important that every member of your party receives the vaccines available to them, particularly those who are already fragile (such as babies and the elderly).

One of the best ways to protect against bug bites is to leave as little skin exposed as possible. This may be difficult in hot countries like Indonesia, but you should be able to find lightweight clothing that keeps you covered without causing you to overheat. You can also protect more skin by tucking your clothes in -- for example, tuck your trousers into your socks. Light colours are less visible to mosquitoes, so opt for white, beige, or pastel outfits where possible.

It is important to use the right insect repellent on any exposed skin when you're abroad. Scientists advise that you use a repellent which contains at least 20% DEET. While many are concerned about the effect of DEET, scientists claim that any risk is low and outweighed by the benefits of the product. However, DEET repellent should also not be used on babies under 2 months old; for children this young, use a fitted mosquito net over their carrier. Remember that repellent should be applied after sunscreen for best results.

If you are a sexually active woman of childbearing age, you should perform a home pregnancy test (or visit your local clinic) to ensure you are not pregnant. Aside from the risk of contracting the Zika virus, pregnant women are also more likely to get bitten than non-pregnant women. If you are trying to conceive, remember you may need to wait until at least 6 months after your visit to Indonesia to continue your efforts to get pregnant.

Mosquitos will struggle to fly in winds of over 1km per hour, so it's a good idea to venture outdoors on the breezier days. The middle of the day tends to be the most windy time, so try to stay indoors early in the morning and late and night. Remember that mosquitoes can bite indoors too, so you should still take precautions. 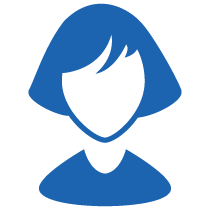